I would like to show you how to create a card using Hambly Overlays. Overlays give the card maker another layer of dimension (and fun!).
Here's a sample of the card I created using
Hambly's On Edge Metallic Overlay.

4. Die cut a greeting and two small flowers for the card front: use a Vagabond die cutting machine or similar die machine,  Sizzix Mover & Shaper Label & Love dies for the piece cut from the Stamp School Sno Cone cardstock, and a Spellbinder die for the two felt flowers.

5. Die cut a window on the card front by laying the Hambly overlay over a Sizzix Mover & Shaper die (small label) and running the entire 11x4" overlay piece through the die cutting machine. (Hint: Make sure you have the overlay centered over the die and that you are cutting on the FRONT of the card overlay piece).

8. Use the Crop-a-dile again to punch two holes right on the top fold of the card.

9. Run a ribbon through the holes and tie a knot at the top of the card. I used Little Black Dress Lip Smackin' blue gingham ribbons so that I could curl them for added body.

10. If desired, use a corner punch and punch two photo corners for the bottom two corners of the card front. Use Stickles to add a faux brad look to the top of the photo corners.

Posted by Shelly at 5:00 AM No comments:

Hambly Studios was created over 35 years ago by Harry Hambly. Hambly was originally known for its screenprints, serigraphs, posters, greeting cards, and prismatic stickers. Most Hambly products are hand silk-screened at their studio in Santa Clara, CA. Today Hambly is known for it's innovative color combinations and eclectic designs.
Hambly screen prints are just one item offered by Hambly. They are acetate overlays that can be used in a huge variety of ways such as on layouts, cards, mini-albums, artist trading cards, and embellishments. They can be die cut, cut with scissors, written on, painted, they accept rub-ons, and the list goes on and on.
Today I am using a Hambly screen print from their Urban Chic Frames collection (black) to create a 4x6 mini-album. I've used two 4x6 frames cut from one sheet as the front and back covers of this project. I've also added a small 2x2" frame to the front cover of the mini-album, and another 2x4" frame as a see through page, and one tiny 1x1" frame as an embellishment cluster base on a page.

Posted by Shelly at 5:00 AM No comments:

Blog Hop Winner Choosen: Is this YOU?

DeAnn Timmerman-you are the GC Winner for the A Walk Down Memory Lane Blog Hop! Please contact me to find out how to receive your prize!!
Posted by Shelly at 11:36 AM No comments:

Check out the Fantastic Friday Sale at A Walk Down Memory Lane: All Hambly Overlays are 50% off beginning Friday, March 16 and lasting until Thursday, March 22!
Posted by Shelly at 5:00 AM No comments:

First, a few Fun Facts from Lisa, store owner of AWDML: We now own a 3,300 square foot building in downtown Rock Valley, Iowa. We have a 23x26 classroom/workshop area that will fit 16 ladies for a crop or class.

I still do the majority of the work for AWDML. I have 2 ladies that come in and help at the B&M store, but I purchase, check in, update the online store, and do the accounting for AWDML. Lacinda comes in about 2 days a week for me and she packs online orders, merchandises the inventory, arranges the store, and is my right hand lady. Samantha works a few days a month to give me a Saturday off, and she also teaches some classes one Saturday per month. My mom also comes in when we need her, and she helps price items for clearance, cuts our felt for Stamp School, and organizes the back room.
And now a Card Challenge from Shelly:  Create a monochromatic card using different texture to add interest to the card's design. I've included felt, funky ribbon from Little Black Dress, canvas flowers, pins, floss & dry embossing with Distress Ink to add dimension and interest to my monochromatic card. It's your turn next! Create a monochromatic card and post it to the AWDML blog using Mr.Linky. You have until March 30, 2012 to post your creation.

Supply List:
Ink: Festive Berries Distress Ink from Ranger (ON SALE: Tim Holtz Winter Distress Ink pads. Normally $17.99 on sale for $13.99)
Paper: White Card Stock,  Bella Blvd die cut red flowers
Embellishments: Felt: My Favorite Things , Sticker: "Smile"  jbe8834 Soup Label Jillibean Soup, Flower: Canvas Flowers, Pins: Maya Road, Floss: WeRMemoryKeepers , Brads: Creative Impressions
Ribbon: Little Black Dress Designs
Tools: Sizzix Embossing Folder, Tim Holtz blending tool, Vagabond
Guidelines:
All challenges will be posted from March 5th to March 8th. You will have till March 30th to link your creations in the Mr.linky box. For every challenge that you do, your name will be put in a random drawing. The winner will recieve $15 GC to the store.
How I did it: First I cut a 4"x5.5" size card from white cards stock and embossed the card front using a Sizzix embossing folder. Secondly, I colored the embossed images with the Distress Ink: Festive Berries using a Tim Holtz blending tool. Third, I die cut a felt border and inked the felt with the Festive Berries Distress Ink. Fourth, I die cut a flower and layered it's concentric pieces including a Jillibean Soup Canvas flower. Before adhering the flower using a pop dot, I curled the Little Black Dress ribbon using scissors and split the fibers and then inked the fibers using Distress Ink: Festive Berries and adhered the ribbon behind the flower. Sixth, I wrapped the pins with floss and adhered them to the center of the flower using glue dots. Seventh, I adhered the Jillibean Soup "Smile" sticker to top center of felt and used a hole punch to place holes on either end of the sticker. I placed silver brads through holes. Lastly I used a Martha Stewart border punch along bottom of card and saved the "waste" strip and placed that along the very bottom of the card.
Posted by Shelly at 5:00 AM No comments: 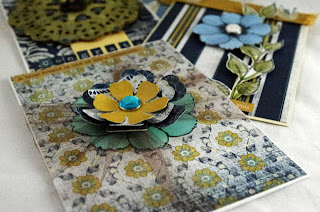 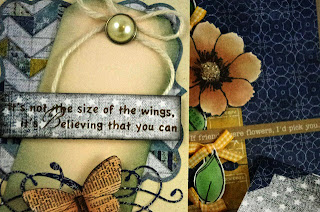 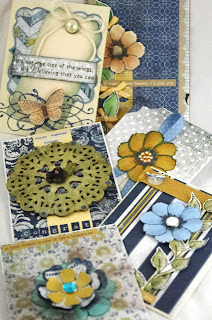 Posted by Shelly at 7:13 AM No comments: 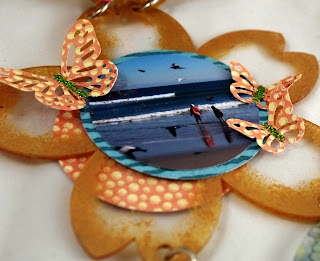 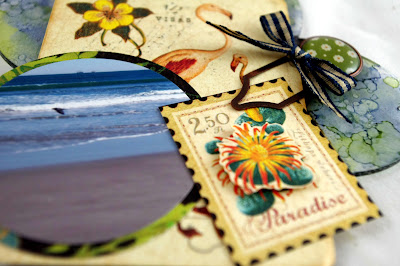 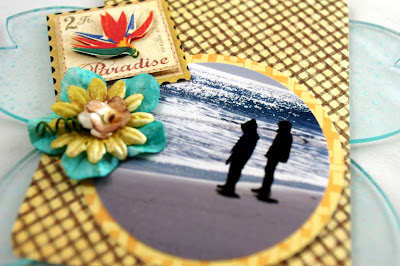 Posted by Shelly at 6:47 AM No comments:

Check out the AWDML blog for the latest card challenge and a chance to win some $ too!
Posted by Shelly at 5:00 AM No comments:

I am so happy to part of the design team again. I've been a part of the AWDML Design Team for the last six months and have enjoyed every moment of this wonderful process! I am a  Midwestern (Iowa City, Iowa) proud mom of two children: Julianne (13) and Charlie (11) and I enjoy being married to my husband of nearly 16 years. Here I usually mention my dog, LB but unfortunately he passed recently and we are still missing him quite a bit.  I also work full-time at my son's grade school as the Principal's Secretary during the school day; but at night I create cards, layouts, and projects. I've really loved the wide variety or products I've been exposed to while designing for AWDML.  What a blast!

Here's one of my favorite card projects I would like to share with you today. I created this card images with Ranger's Perfect Medium and Perfect Pearls and I used Jillibean Soup's Gazpacho Soup for the papers, Accucut die cut card base (Bazzill cardstock), Perfect Medium, stamps, and Perfect pearls in two different colors.
﻿
﻿ 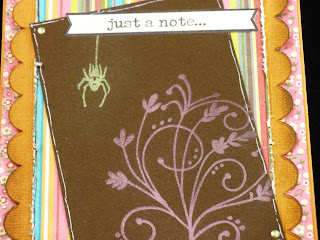 A great giveaway waits for you when you comment on my blog. One lucky person will recieve a $5 GC. The deadline to comment and enter your name for the GC is March 2nd at 11:59PM EST.When you are done checking out all the blogs then head back to AWDML Blog  and check out the new contest that is going on. One lucky winner will recieve $25 GC to the store. Brand new changes and a lot of fun will be coming out soon!

(I guarantee a visual treat!) 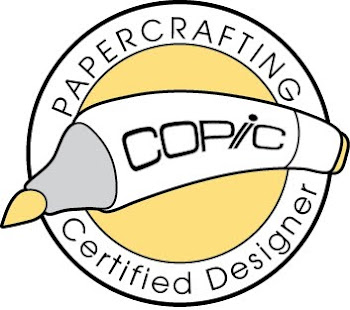